What you do for your country has a far greater impact than what you say about it.

The list of female contingent of the country is winning awards is growing by the day. Be it PV Sindhu, Manasi Joshi, Manu Baker, Hima Das, Bhavna Tokekar, the list is endless. Another woman made the country proud albeit on a distinct global stage.

Shweta Ratanpura, a graphic designer from the National Institute of Design, Ahmedabad, became the first ever woman participant from India to bag a bronze medal for graphic designing at the World Skills Kazan event in Kazan. Hence, earning the distinction of being the only female candidate to win a medal for India.

The World Skills event in an international skills organised every two years. It is the world’s biggest vocational education and skills excellence event. This year, a total of 1350 participants from 63 countries participated in the event. This event sees young people from all corners of the world to compete for the prestigious medal in their chosen field. There were competitions in 56 skills across a wide range of industries, from joinery to floristry; hairdressing to electronics; and auto-body repair to bakery.

This year the event saw more than 1350 participants from 63 countries where the Indian contingent managed to secure 13th position.  The Indian team the sixth largest contingent at the World Skills stole hearts with a performance that brought alive the rich diversity and beauty of our vast country.

India registered several firsts at the World Skills International Competitions that was held in Kazan, Russia this year. All in all the Indian contingent bagged 19 medals at this global competition which includes one gold, one silver, two bronze and 15 medals of excellence, putting India on the 13th position on an international level, as compared to its last time’s 19th position.

Shweta Ratanpura, winning a bronze medal in the graphic design category has definitely made her family and the nation proud! Shweta Ratanpura is an inspiration for women across India to pick up different skills and to learn to excel in it. Being a global winner and an example of brilliance in graphic designing her win encourages women to step out of their comfort zone and to aim for excellence.

Instances of talented women who are paving the way in their respective fields need to be highlighted and celebrated as much as possible.  Their achievements need to marveled at by one and all.  You make us proud, Shweta Ratanpura! 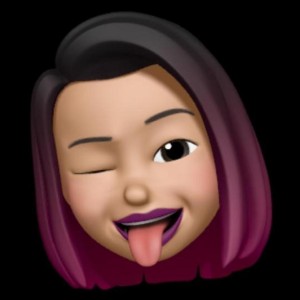 Made with ❤ in India